A Christmas Party without turkey or tipples!

This really will be a party like no other! 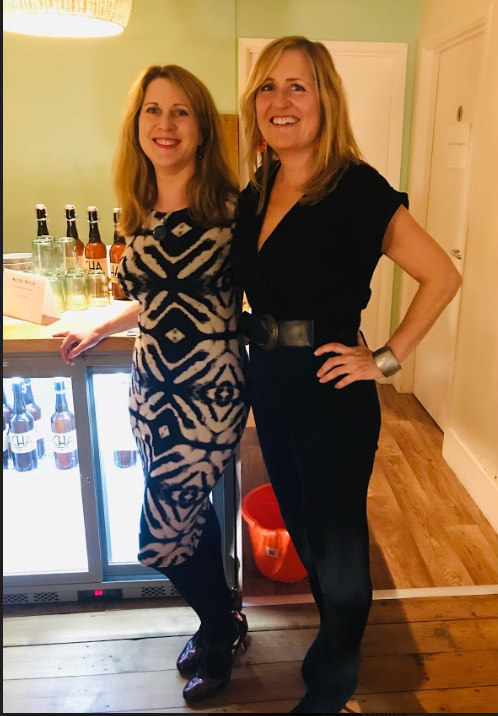 Following on from the success of the first ever WONDER in the summer, Suzie Young and Lisa Pollitt are two WONDER Women from Cambridge continuing on their mission to deliver alcohol-free events that change our idea of what makes ‘a great night out’ for the better. On Saturday 15th December ‘Winter WONDER Christmas Party’ at The Missing Sock promises to have party-goers enjoying a whole spectrum of happy neurochemical triggering festive delights; A live and quick-witted comedy show from Cambridge Improv Factory, a veritable vegan feast from streetfood geniuses Meatless and DJs MissChivers, Luna Love (WONDER’s very own Lisa Sibley-Pollitt) and the renowned Paul Darking delivering floor-filling uplifting dance tunes.

Suzie say; “At our first event we had a real mixture of people and everyone had such a good time. Sober Socials, as they’re commonly called, might make events like these sound very serious but they’re quite the opposite! For some it’s about trying something new and for others it’s just the kind of thing they’ve been looking for. WONDER is described as a ‘Sober Social for Everyone’ because it’s for ALL people who want to have a good time without alcohol, whatever their reason.“

Lisa says “Our last event in July was a sell-out success and we really think that the socialising, partying, connecting and eating together was made extra special because everyone was able to just be themselves. For some it was an act of bravery to venture on to the dancefloor without the safety crutch of an alcoholic drink but once they took that step they felt elated. It’s just about moving out of our comfort zone and realising that there are new ways to socialise that are incredibly liberating.”

Inclusive fun for EVERYONE - whether it’s for those who just don’t want an alcoholic drink, are in recovery, or pregnant, or teetotalers, or health conscious people, or those in training, or medical professionals ‘on-call’, or people who need to function on Sunday - it’s for anyone and everyone, let’s support our friends and fully embrace the ‘Sober Social’

It’s a proper festive night out with lots included in the full ticket; mocktail on arrival, dinner, dessert (by Blake Vickers of Curly Kale Cafe), comedy and disco. And if you do dip into your wallet for a tempting water kefir or fiery chilli ginger beer from our soft drink bar by Esther Game (Cha Kombucha) it won’t match the hideous unplanned bill that might commonly accompany a boozy night out.

Try out the delights of vegan food (in the same way ticket-holders may not NEED to avoid alcohol, ticket holders may be meat-eaters but it’s a great way to satisfy curiosity and intrigue about what really good vegan food tastes like).

It’s a chance to fully appreciate and discover what a night out with a clear head looks and feels like. Something for anyone interested in Mindfulness and healthy living.

Be in with a chance to win the WONDER Christmas hamper full of happy and healthy goodies to see you through the excesses of Christmas!

No need to worry about who will be the designated driver!

Pleasant surprises and secret treats are being planned for throughout the evening.

Sook Space was the place